Last Sunday Gareth and I took an impromptu tram ride to Albert Park to enjoy some sunshine and sea breeze. The tram out the front of our place in Brunswick takes us right to the beach so we jumped on with no real plan on what we would do. We snapped some pics to send to Gareth's Nephew in reply to a sweet email he had written and thought I would share them with you. 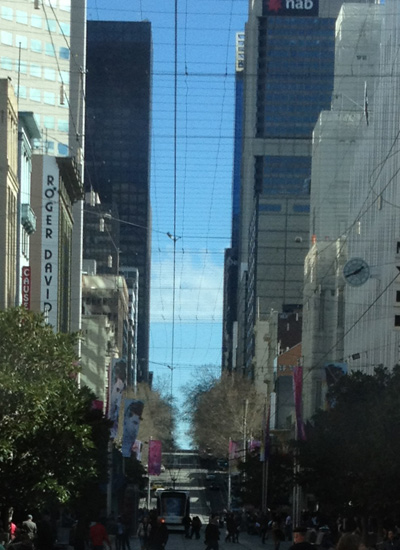 View up Collins Street. When I first moved to Melbourne I got a bit confused as to where the Paris End of Collins Street was. I thought it was down around King Street and only later learned it was the Spring Street end. Oops. 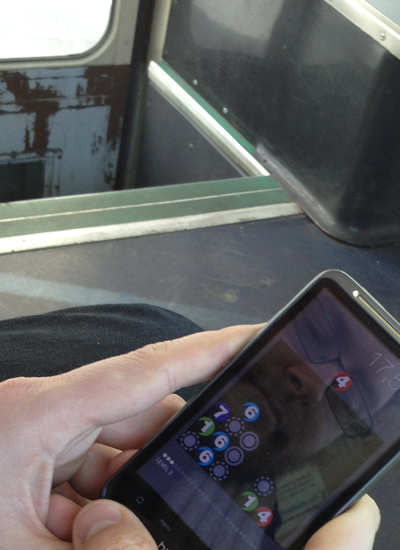 Gareth is obsessed with this game Drop 7. I also like it a lot, but not the levels of obsessed that Gareth is exhibiting. It is one of those super simple games that hook you in. You can get it on iPhone and Android but you can't get the hours you have wasted back. 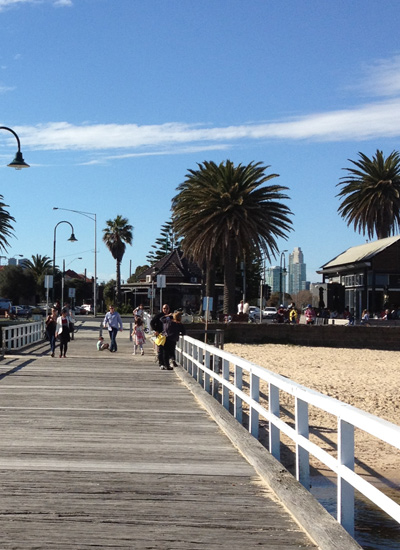 We went to Nshry for lunch, a place I wanted to visit after I read they won The Burger Adventure's burger of the year award. We had a couple of beers and enjoyed the sun (but not so much the wind) and enjoyed seeing a different part of Melbourne. Due to winter and post overseas saving I feel like we haven't left Brunswick very much the last few months so it was good to get out and do some exploring. 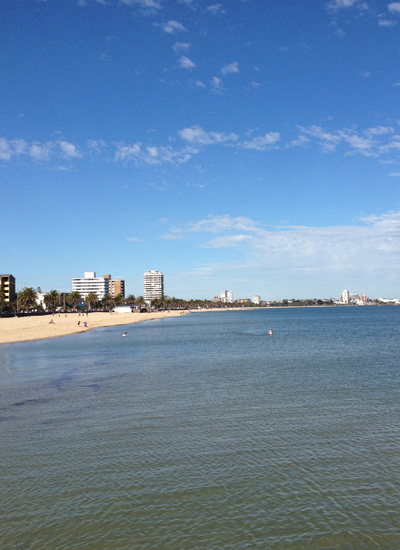 Some people were pretty game and were in the water. Although it looks all blue sky and lovely it was still a cool 18 degrees so not quite swimming weather for us. My highlight of the day was a golden Afghan hound running around on the beach. Those dogs are amazing. I know I go on about cats all the time but if there were more Afghans around I could dip at least one toe into dog territory.