Welcome to the Masterchef Recap for episode 50! Wowsers! 50 episodes.

In tonight's episode the 7 contestants loved ones come in and they've all brought an ingredient to make up the mystery box.

Everyone's happy, except Samira who realises that time she pretended she made a fancy cake has come back to bite her. 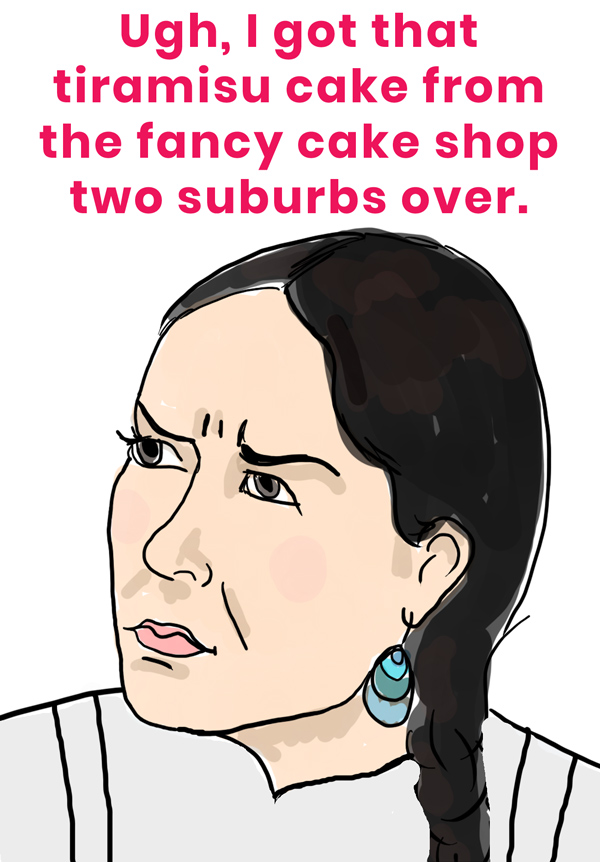 Reece has also decided he isn't happy with the duck his bestie brought. When the judges comment on it she says she is used to him not cooking the duck she brings over. Gary tells her it is because Reece is using his brain, implying duck is a stupid ingredient. She smiles at him, and has mastered the art of the patronising 'sure Gary' smile in just a few short minutes. 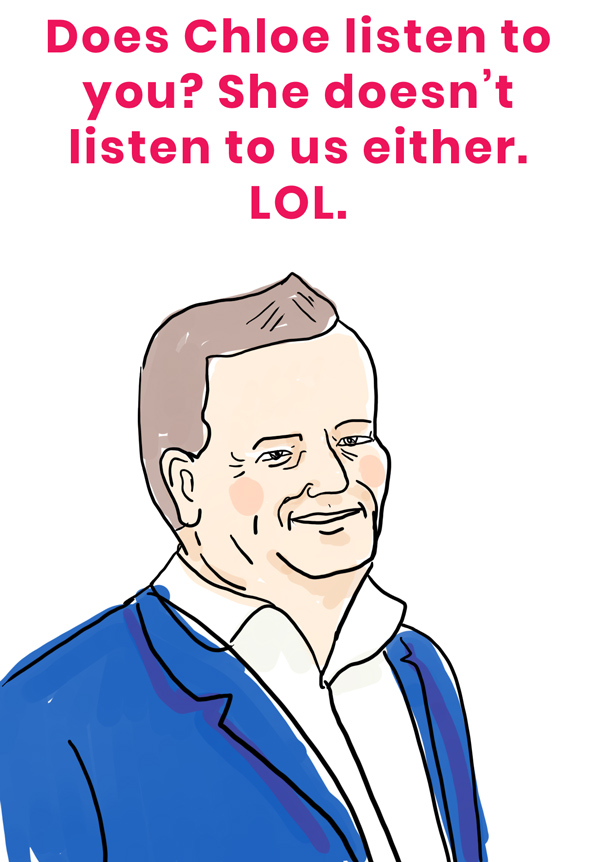 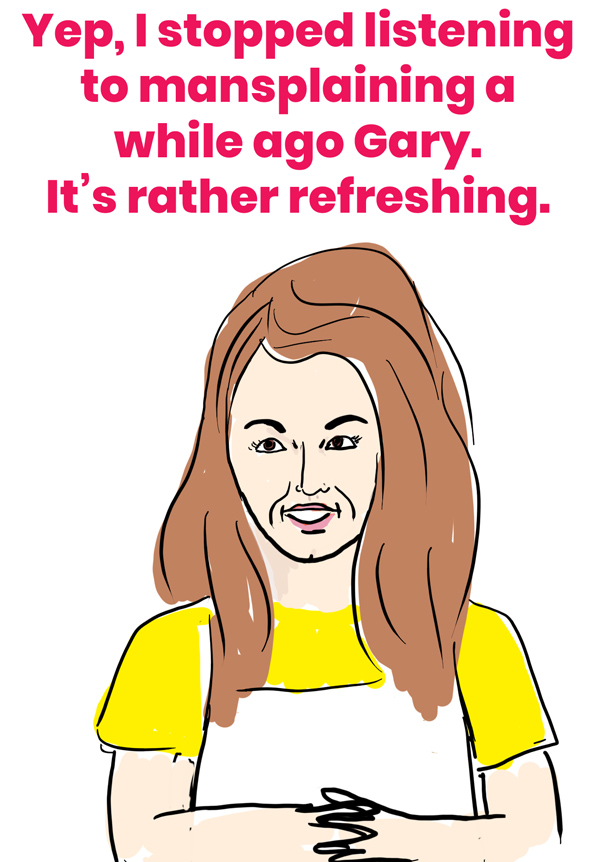 Reece decides it's time to live out his food dream: almost killing Matt with chilli. 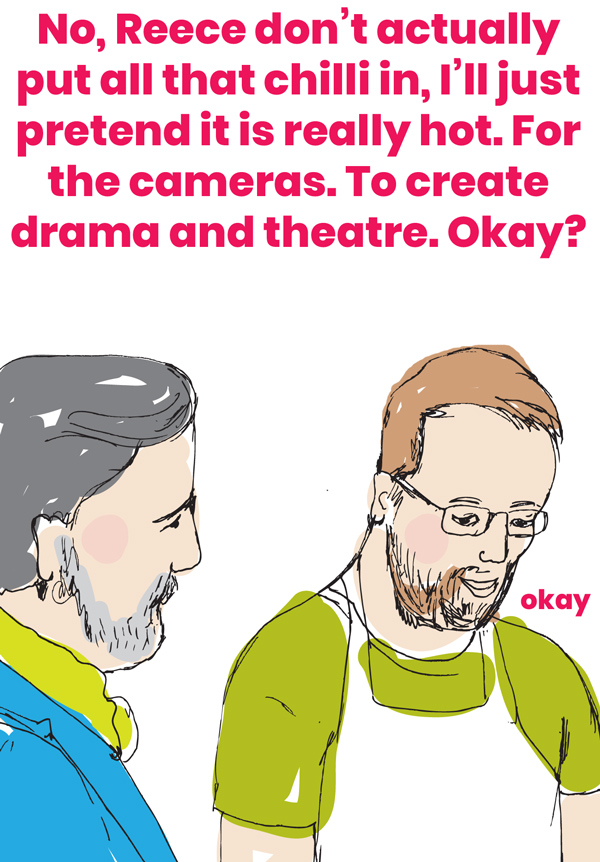 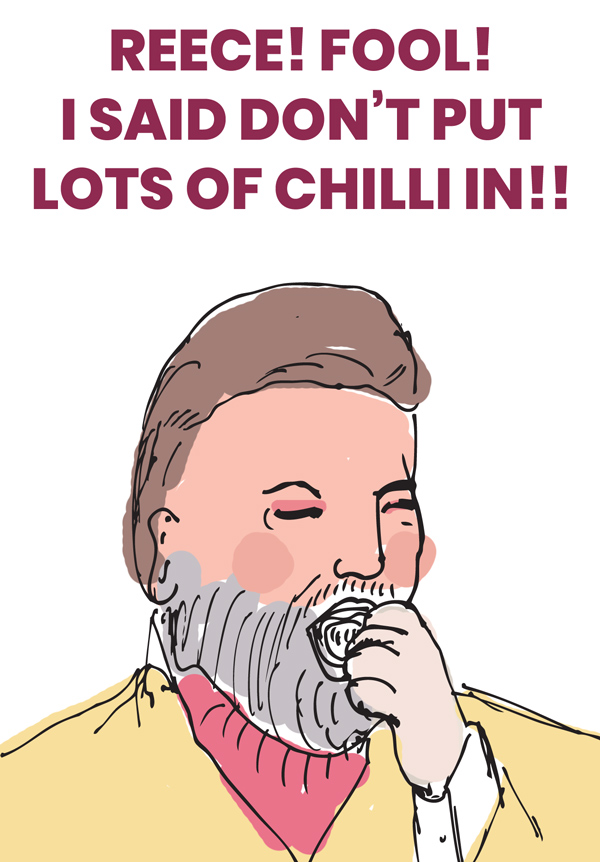 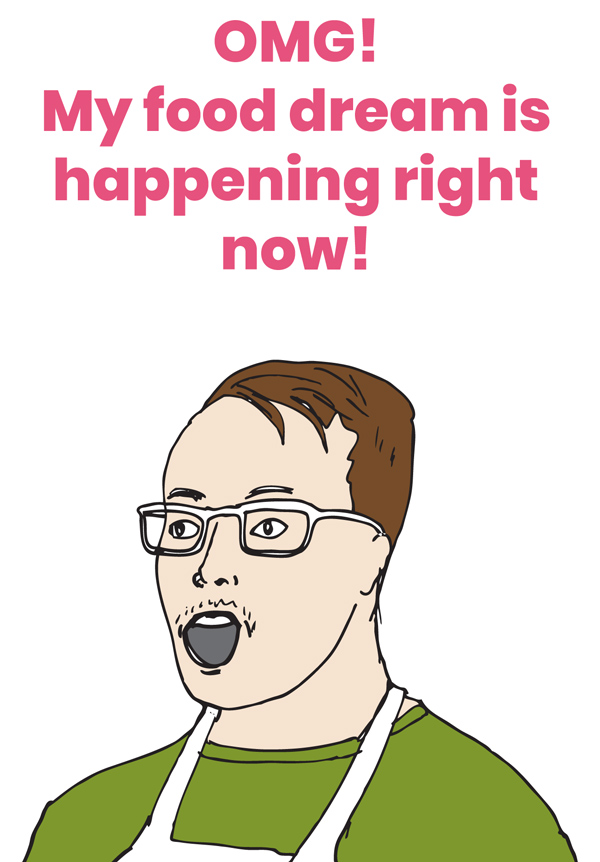 Sashi has decided he is going to do some fusion cooking and combine Asian flavours with pasta. The judges come over to moan about this because if Gary was Italian, he would be dead. And turning in his grave. 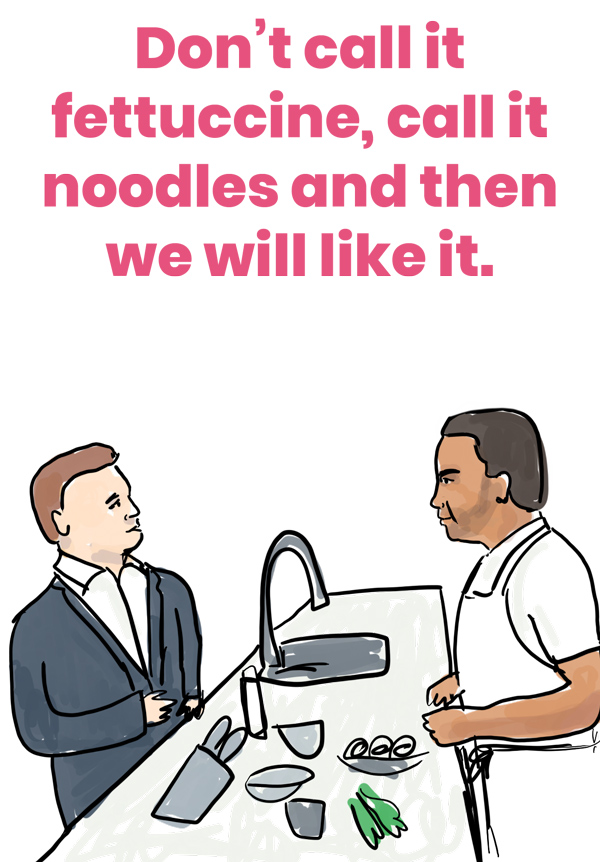 Sashi changes the name of the fettuccine to noodle and everything is okay.

So okay that Sashi gets tasted, along with Jess and Reece.

So okay that Sashi wins top dish and gets to cook in a special challenge that won't give him a pin, but it will take him right through to finals week.

Now it's the second cook and Shannon rocks up, in his red and black leather jacket. 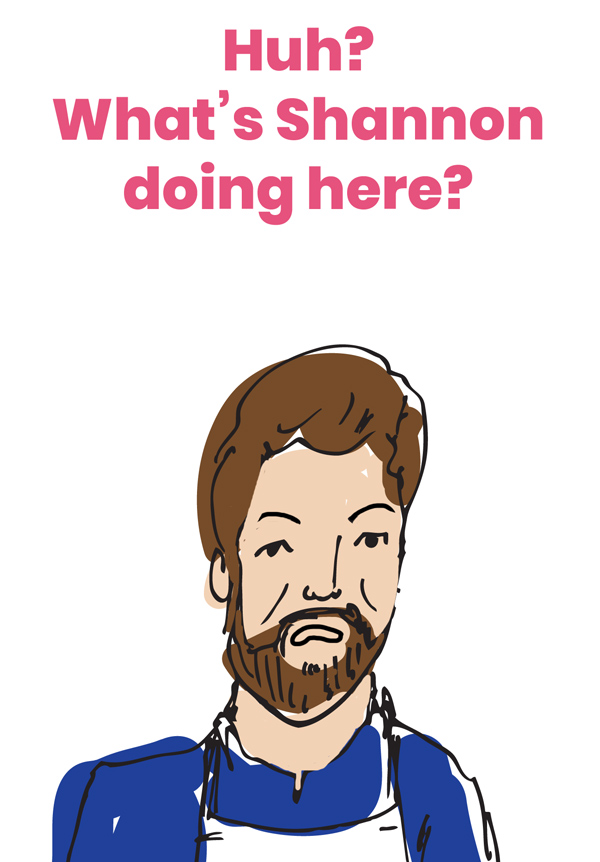 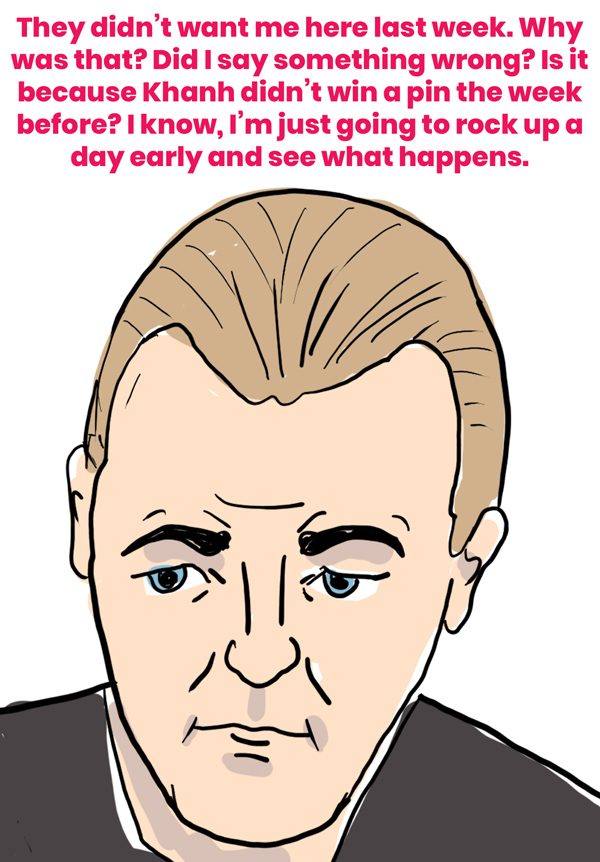 Shannon is here because the 6 remaining cooks are going to cook a dish and the best one gets to go onto the menu at Vue Du Monde. This has never happened before in Masterchef.

The have to create a dish that tells a story. 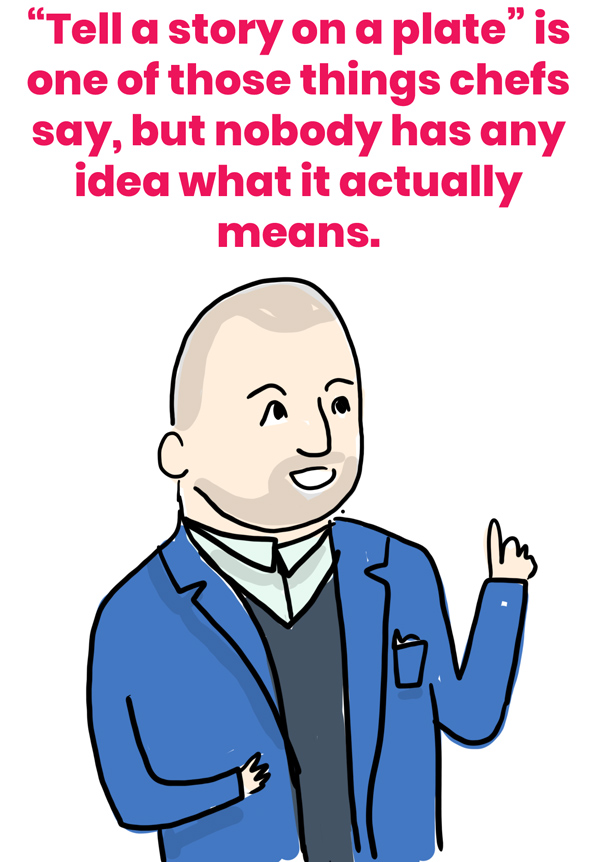 Reece decides to really shit his bestie off and cook duck.

Khanh is a DJ who also likes to hike and collect food when he hikes. He doesn't forage for food when he DJs because who wants to hero the scraped off bits of black gunk on a dance floor? Nobody. Gross.

Samira is making food from Azerbaijan, quail and beetroot.
Jess is making crab, because who doesn't like crab?
Chloe is making noodles and mushrooms.
I can't remember what Ben is making.

Jess stuffs up her crab and has a mini meltdown. George tells her that she tried and that's enough and she doesn't even know if it is bad because they've not tried it yet so buck up and keep cooking.

The cook finishes and Khanh is very emotional. He somehow avoids saying me on a plate, which on Masterchef is some kind of miracle. He is worried about being judged harshly because this is him and he has nothing else to give. 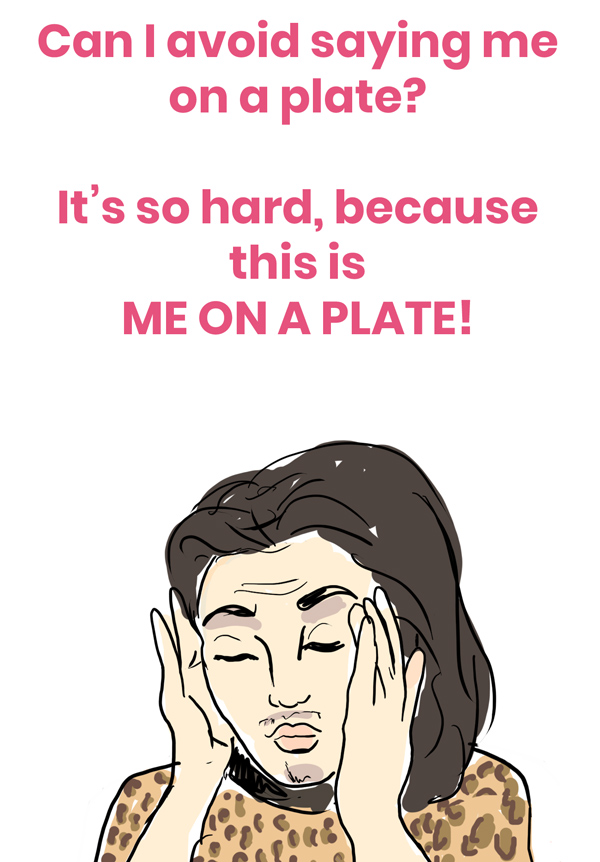 The judges taste the dishes and Reece and Khanh have the best dishes. Chloe isn't sure about hers, she thinks she's in the middle but doesn't want to risk it so plays her apron. Gary is sad because he wanted to eat her raviolo and mushroom broth.

Khanh is declared the winner and his dish will get to go on the Vue Du Monde menu. He even gets to go and help plate it up. Will Khanh be paid for this? I think we can all assume the answer to that.


Do you have any comments on this episode or do you just want to nerd out on Masterchef? You can leave a comment on our Instagram or Facebook page. Or if you're after some fun greeting cards, check out our online shop.