The monster tonight comes in the form of a Masterchef classic, Peter Gilmore's Snow Egg. It is a National Treasure and he has sold almost half a million of them. I don't know how long he's been making the snow egg for, but lets assume 15 years. He would have to sell 75 a night every night. That's a lot of snow egg!

Tonight's recap is going to be short on words because I got to watching this episode rather late due to Finders Keepers bump in finishing at 9pm.

Because the contestants are all so amazing they have to make the Snow Egg with less time that when it was on the finale 10 years ago (they have 2.5 hours + 10 minutes to plate) and they have to make three, because Matt and George don't want to share. It should be noted Gary isn't here tonight. Reece plays his pin and Jess tells the camera that if you have a pin you should be able to play it whenever you want. This implies maybe people think you shouldn't be able to play the pin whenever you want?? 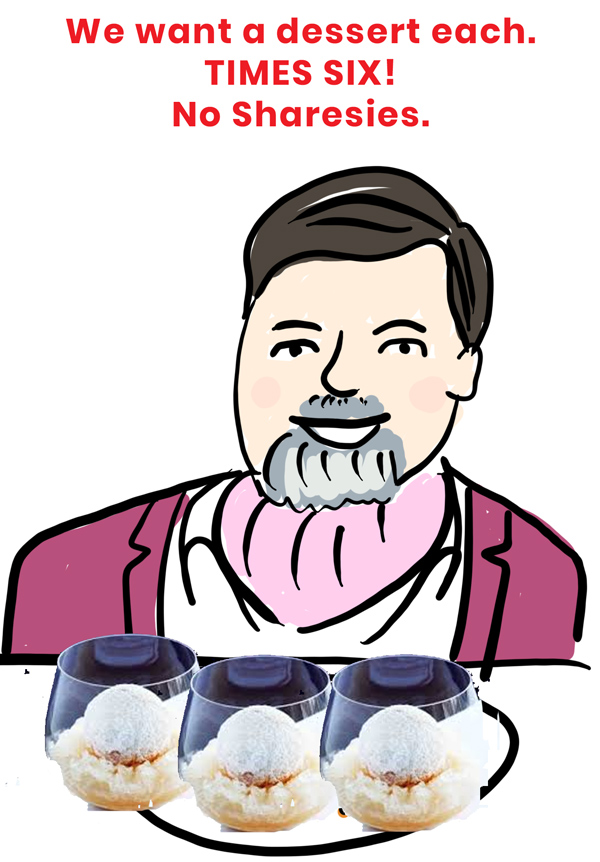 George tells them all they had to fight for their survival and that Chloe was victorious. She thanks him from the lofty heights of the gantry and Sashi gives her some serious side eye. 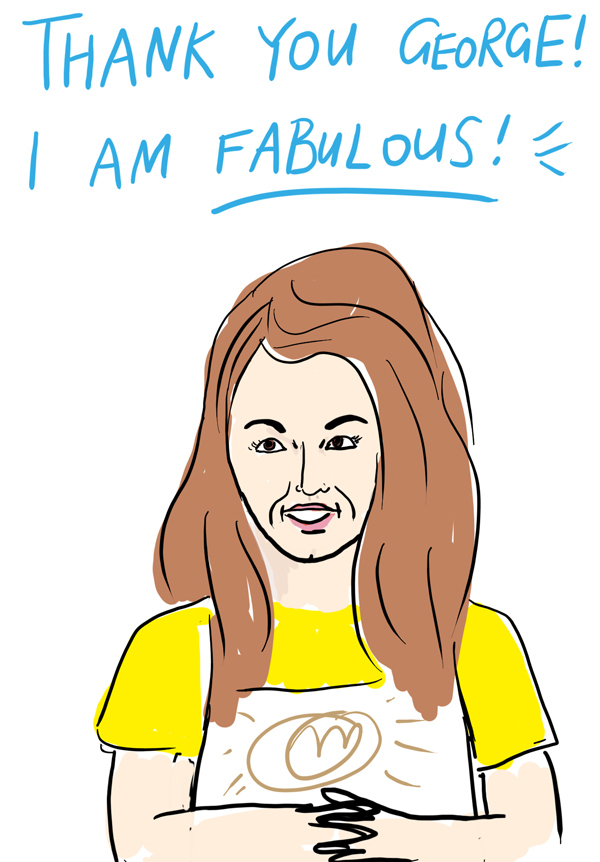 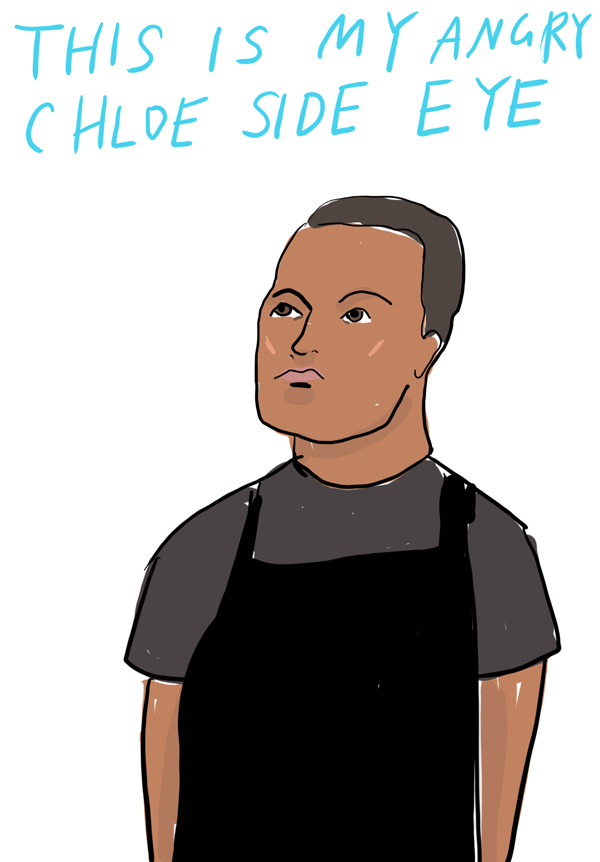 They taste the egg and George tells them the proportions of fool are so important. Note: Gary is not here tonight. Kristen stuffs up her ice cream and only adds two eggs instead of 6. She has to make it again. Peter comes and tells her to breathe. Thankfully he doesn't tell her to smile. 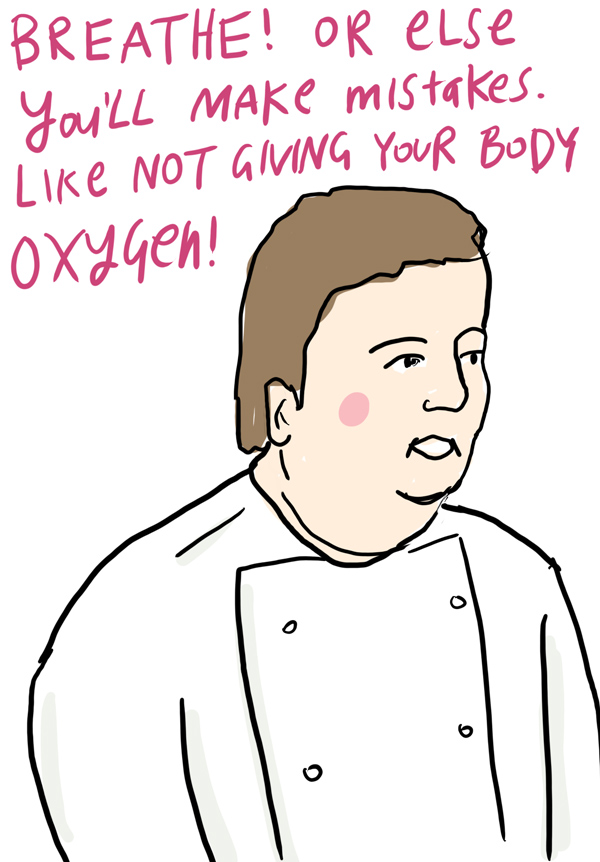 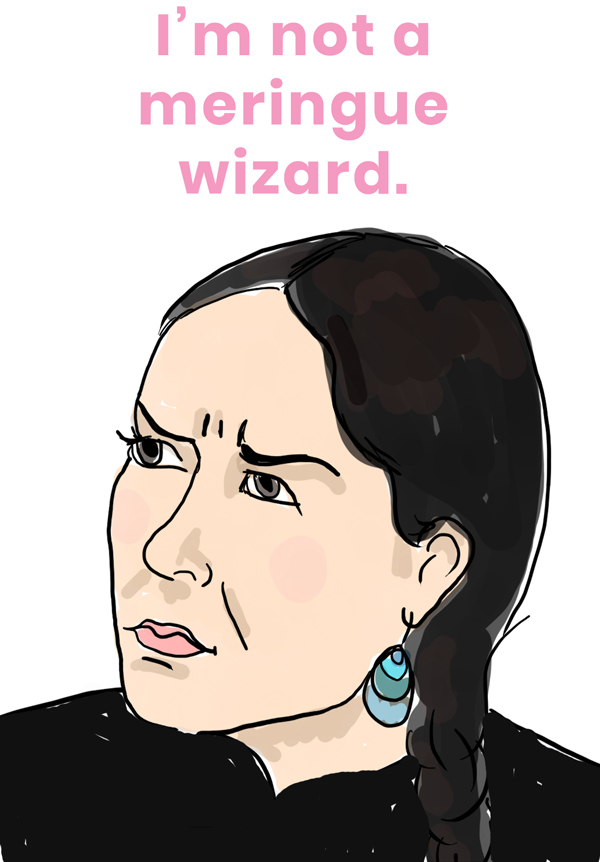 Ben talks about how he was ill and he gave up an operation to be in the competition. Also, when he was in hospital they gave him Aldi brand lemonade. Yum. 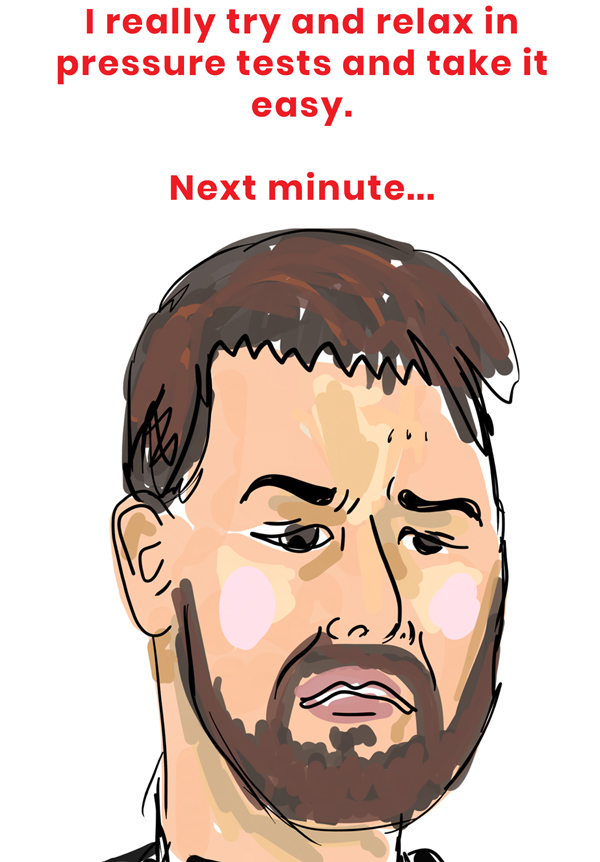 Samira wasn't able to squeeze out enough guava, to get guava element. She said she wasn't strong enough. She is also not a squeezing guava wizard.

Ben stuffs up his tuile and just wait till the boys at the pub hear about it.

After eating 6 snow eggs Peter tells Matt to breathe through the pain, Matt requests a morphine drip and George tells him he should do the 5:2 diet, then he would have been able to eat the 6 snow eggs without issue.

In the end it was Kristen's ratios that were the worst and she was told to leave. At this stage in the comp when people leave it is really sad, then when you see the other contestants bare emotions laid out like an emotional flood it makes it even more heartbreaking.

They showed Kristen's "what are they doing now" screen and it said she went to London and had arvo tea with Nigella and I feel slightly ripped off there wasn't even a picture of this. Or even an whole episode of this. I at least wanted to see the food, and what Nigella wore, and maybe her prepping for the date beforehand. And maybe what she had for dinner afterwards. Maybe a light soup or just a full plate of food because the fingerfood was not that filling.