Hello and welcome to the recap for Masterchef Australia's Monday Night LOL Challenge. It's not an elimination challenge tonight, instead Samira, Jess, Reece, Khanh, Sashi and Chloe will be cooking some retro classics. They will be competing in pairs against each other, and three will be joining Ben and Kristen in the Monster Elimination on Thursday. 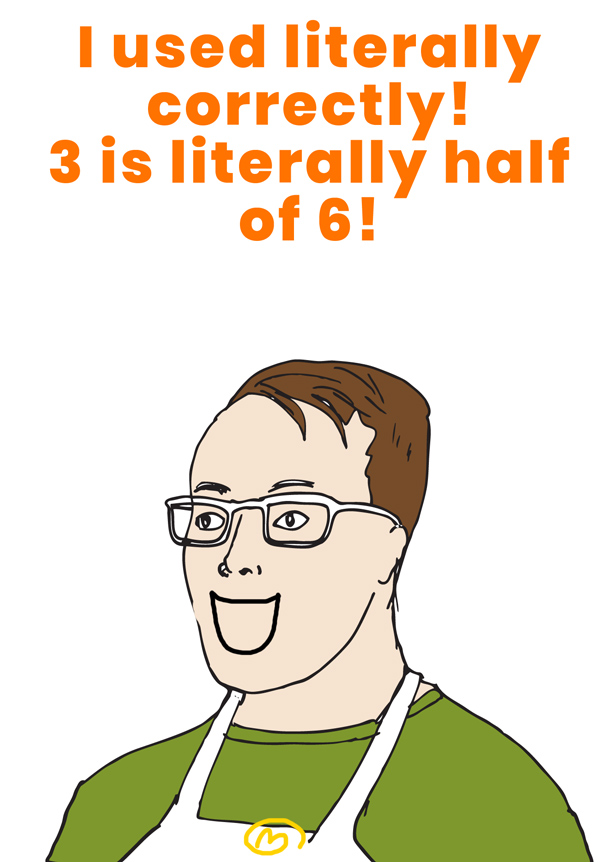 The judges are standing behind 6 screens, which spin around to reveal a horror show. That horror is a TV dinner. The contestants are asked if they've even eaten one before. Jess looks confused. She's only 19, she doesn't even know what a TV is. 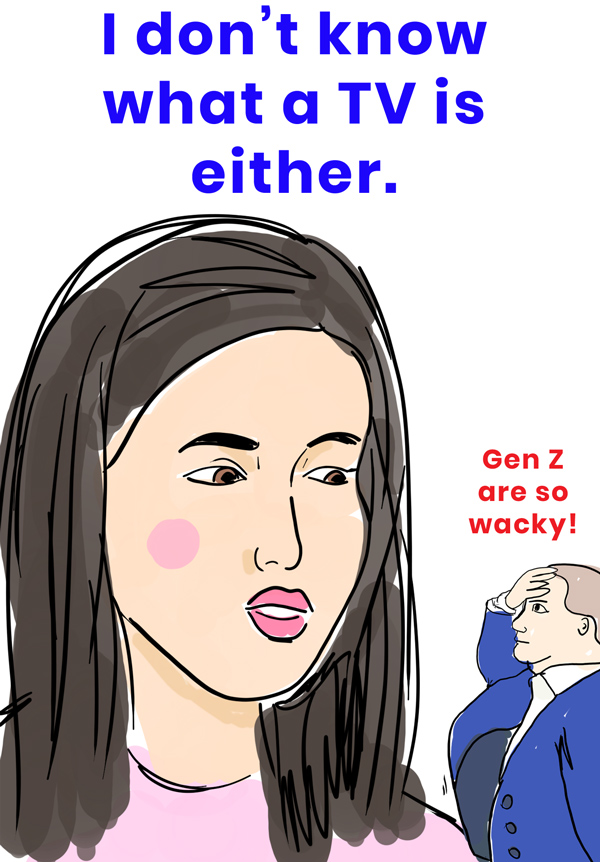 Khanh looks peeved. He came on Masterchef to get away from shitty food like this. 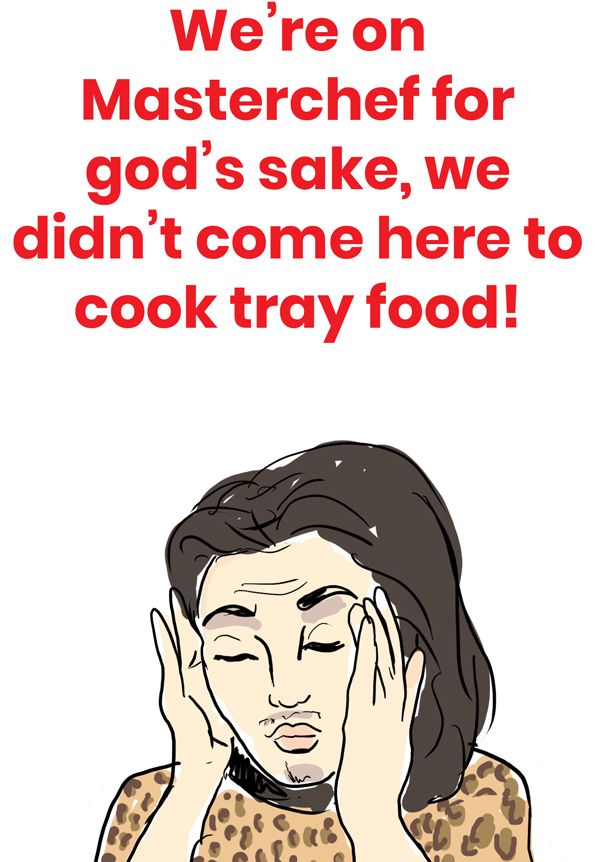 They have to cook something inspired by the TV dinners and use all the ingredients shown in the picture. One has a hash brown, another has a pile of mash and a pat of butter. And corn, there is so much corn.

The TV dinners they are cooking are:
Fried Chicken - Samira and Reece
Roast beef and gravy - Jess and Chloe
Fish and chips - Sashi and Khanh 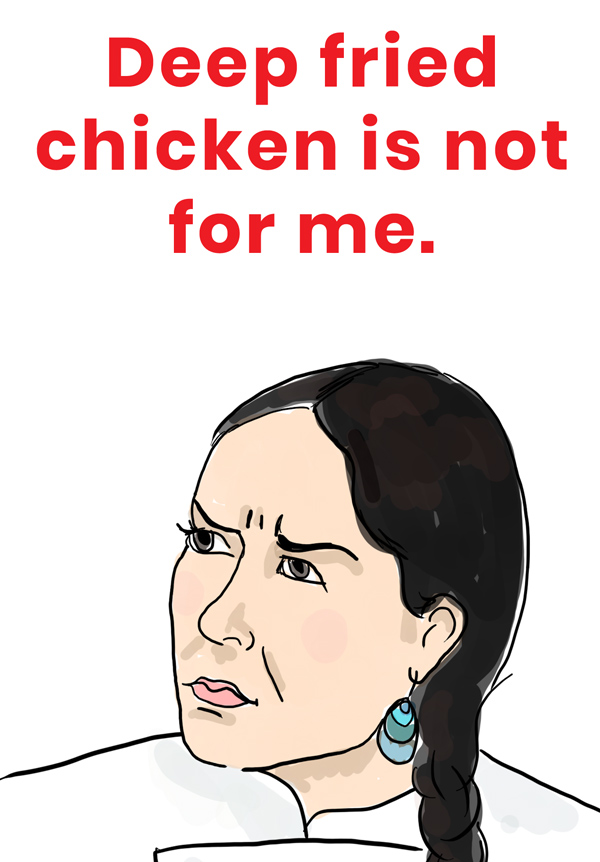 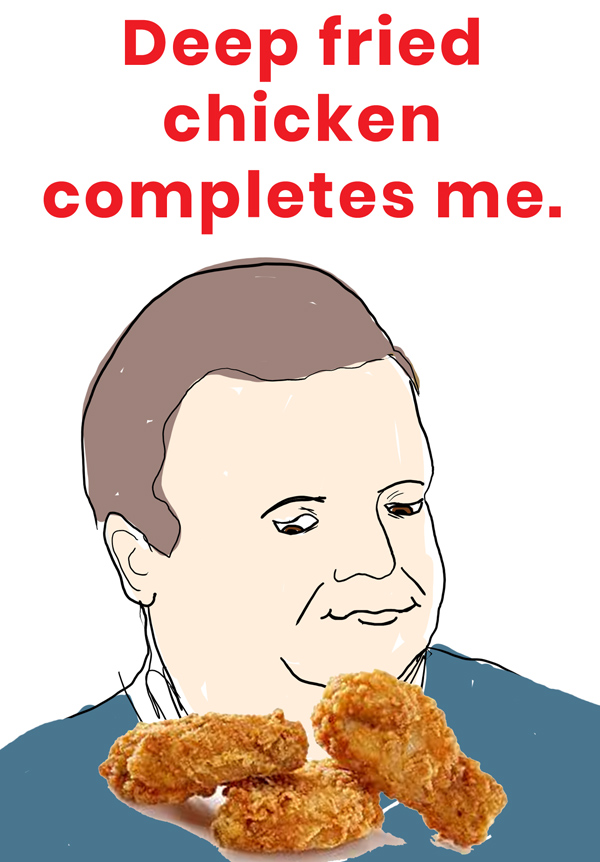 Chloe realises that gravy is a brown watery meat juice and that she can just sub it out for another brown juice and pretend it is gravy. She is now inspired, she is cooking her food.

Samira runs to the pantry and grabs some sumac and pomegranate molasses. She is now inspired.

Jess is cooking her steak with little foil bows around them. She cuts one open hoping for medium rare. It is pink in the middle and she says it is well done and she hates it. 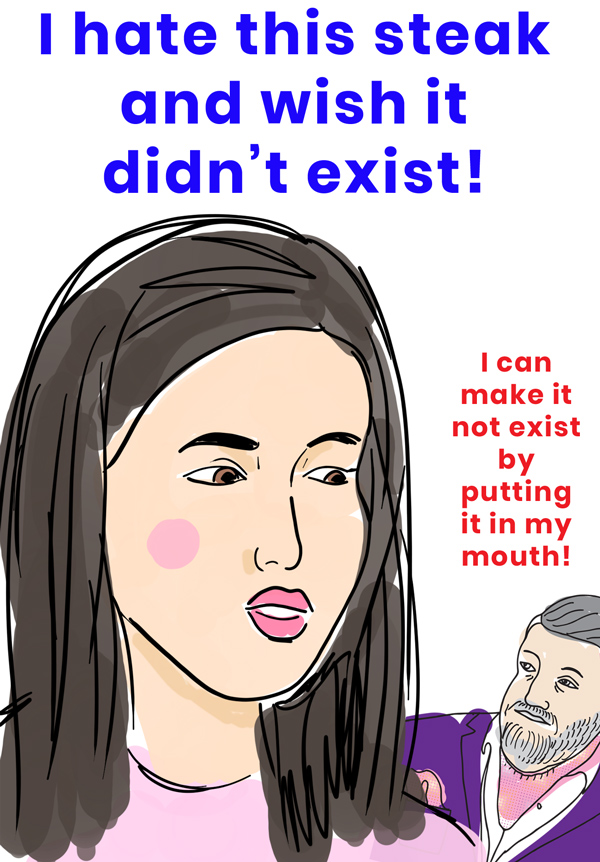 Khanh is cooking fish in the oven so it will crust on top. Matt asks if he has done this before and he gets this flash on his face that says LIE. LIE TO HIS FACE.
Khanh says yes and it seems unconvincing. I would do whatever it takes to avoid Matt Preston looking at me in a disapproving way, I think Khanh made the right move. He also fries back up fish in case oven fish doesn't work. 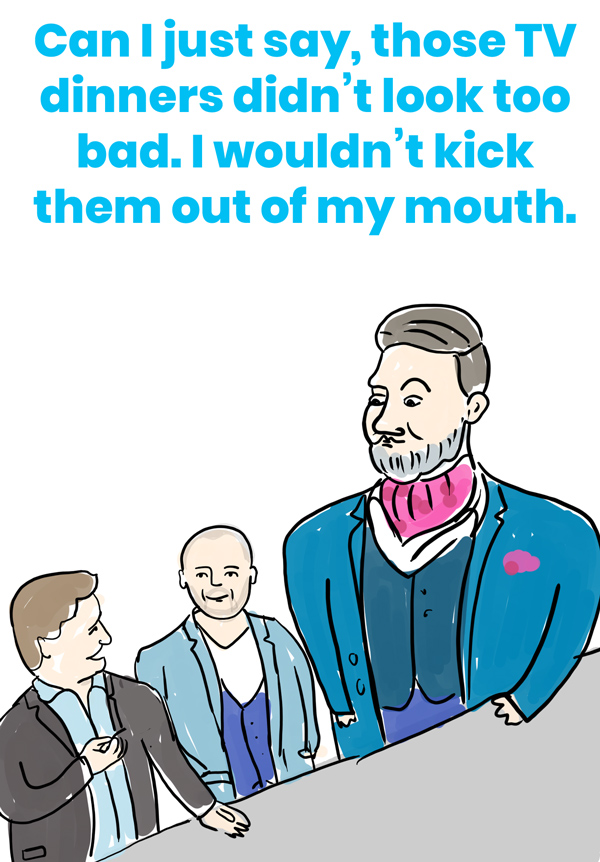 The judges bagged out the TV dinners but I am going to assume Gary was lying when he was bagging them out just so the other judges didn't think he was some kind of food slob that eats any old muck.

Khanh and Sashi
Fish and Chips

Khanh made a soup, which was a risk because when you think of fish and chips you don't think of soup. His fish is crunchy because he turned on the grill and they judges are very impressed.

Sashi did lots of deep fried little potato things so basically he has this in the bag. He also made a sauce that is like tartare sauce but way better.

Jess and Chloe
Beef and Gravy

Jess is worried her beef is overcooked. She has also put crispy kale on her dish. They judges say it is okay and then talk about how amazing it is that she is Gen Z and they don't even understand that because they are Boomers and Boomers are the best, although George isn't technically one, but Matt and Gary think he is so we will stick to him being a Boomer. Matt asks Jess if she can set up a SpotifyChatAppWhatsUP? account on his phone and she says sure and signs him up to Tinder FOR THE LOLZ.

Chloe has made a beef salad with all the crispy elements that evoke a roast beef, like rice. The judges are happy she changed her mind because the other stuff she was making was going to be shite because it wasn't "her on a plate".

Reece comes in confident because has he ever made anything the judges have not liked even when it is half set parfait? They love his sauce, it is the best sauce ever (of the chicken variety) in the comp so far. They shower him in praise, so much bags of praise. Then Matt stops the praise party because soz to bovs you Reece but did you perchance cook your chicken for a few minutes too long?

Samira has cooked a delicious and colourful plate of food. They ask if the chicken is cooked well and her response of yes isn't yes enough yes for Gary. They try it and it is cooked beautifully. They tell her she seems like she isn't sure of herself and they think she doesn't know what she is doing, but clearly she does. 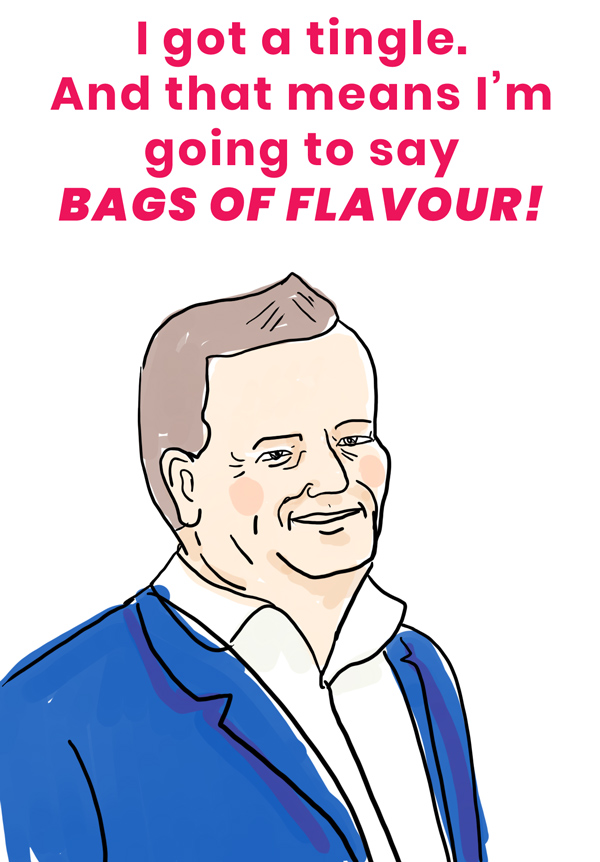 It feels very clear who has won and who is going to monster elimination.
Sashi, Chloe and Samira are still cooking and Khanh, Jess and Reece are joining Ben and Kristen on the gantry until Thursday.