Welcome to the Able And Game recap of the Thursday Night Elimination Challenge. 9 are left, who will be going home?

Tonight's episode the contestants enter walking along the Nitmiluk Gorge in the Northern Territory.

Everyone is amazed by the beatiful landscape. And also Khanh's outfit. 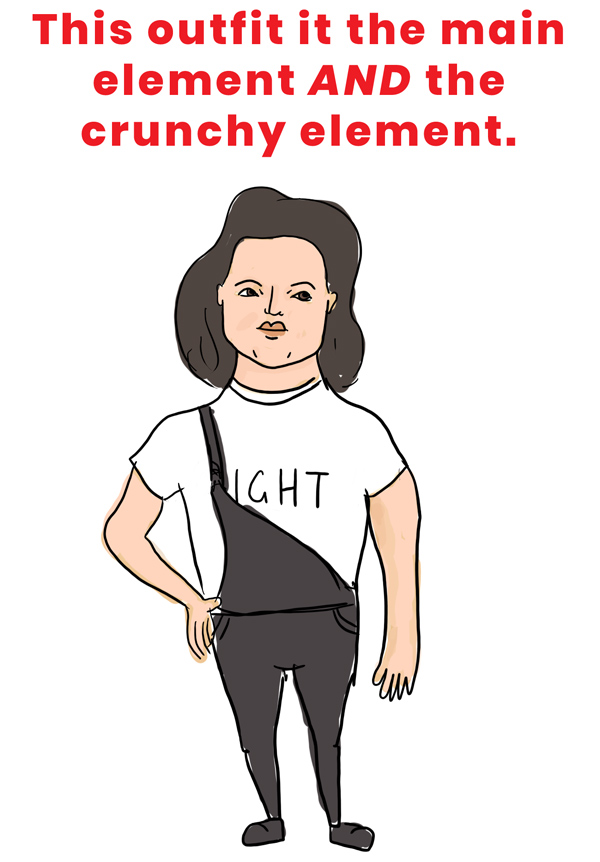 Sashi has an important decision to make, will he use his pin and be safe but longer in the bling boys, or will he keep it and risk going home, but still part of bling boys?

He decides to use it. 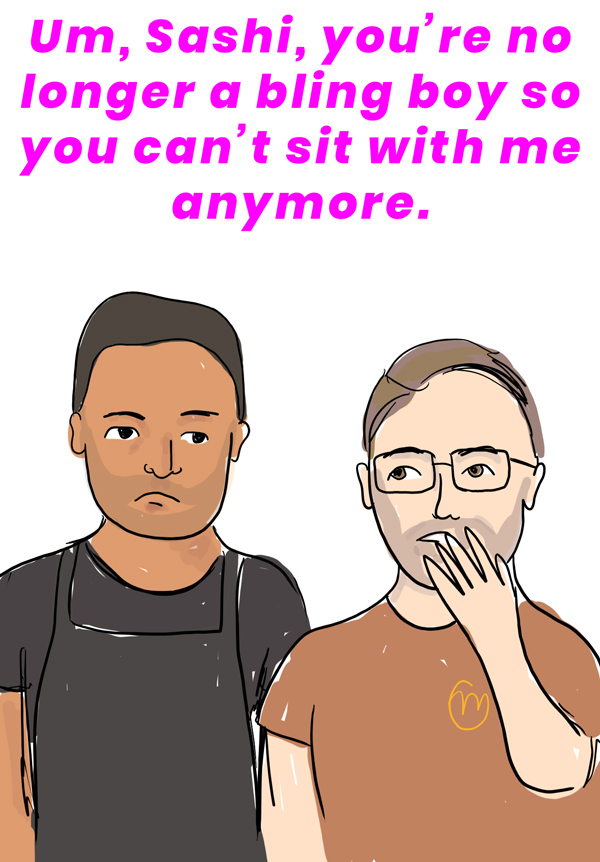 They are all given cameras by {insert sponsor here} and asked to take photos of something that will inspire their cooking. Weirdly, nobody photograph's Khanh's outfit.

Up in the NT it is hot and humid and Kristen is making a set dessert and Sashi is questioning this decision. She decides to make an option B and then an option C just in case. 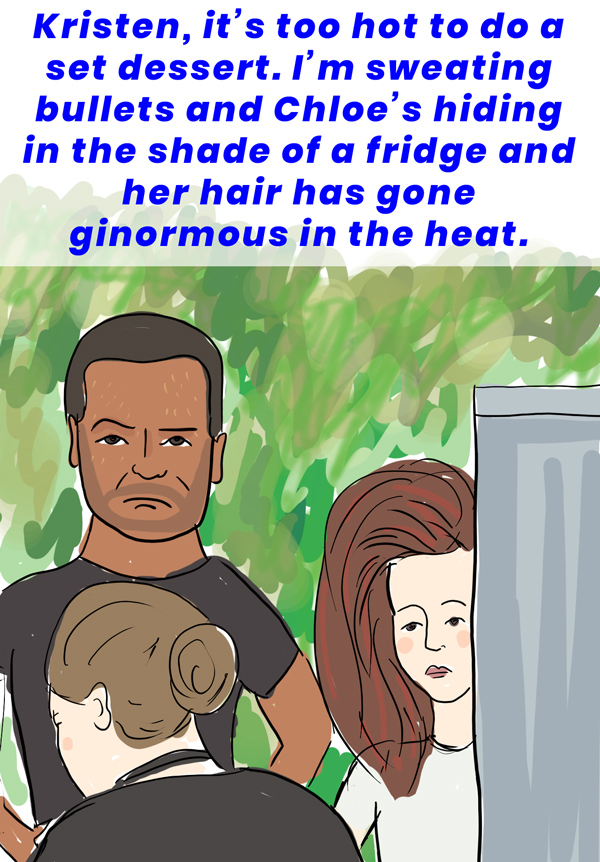 Samira is making kangaroo. And home made tahini, which is whizzed up sesame seeds. 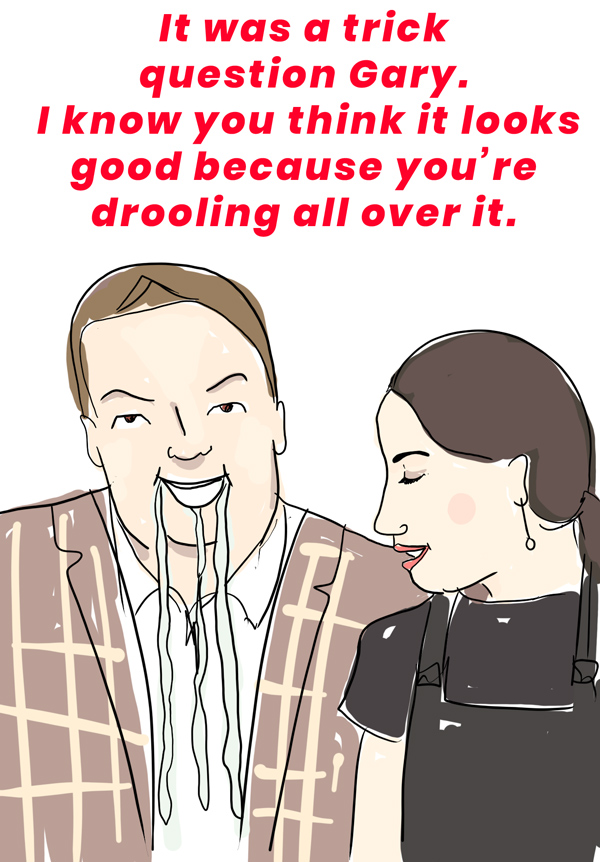 Ben is cooking a fish he has never heard of let alone tasted.

Jess is making pork belly even though they only have 75 minutes and in previous episodes 2 hours isn't enough time to cook pork belly. 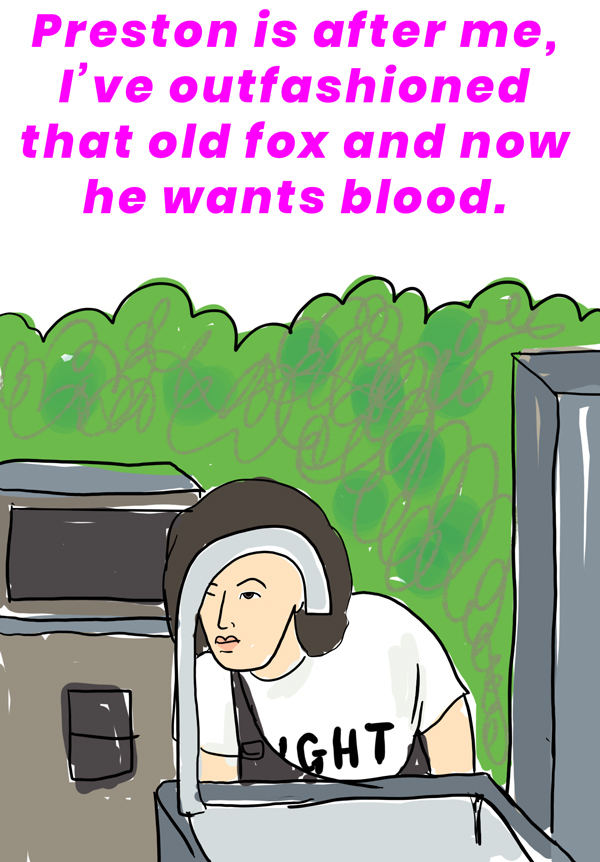 Brendan tests his fish and it is way under so he shoves it back in the oven. Sashi tells us barramundi is a thick bit of fish and you need to make sure you cook it for long enough.

The judges are going to taste the food, on a boat. They all hop on a boat and in the season of surprises, Matt takes off his cravat. 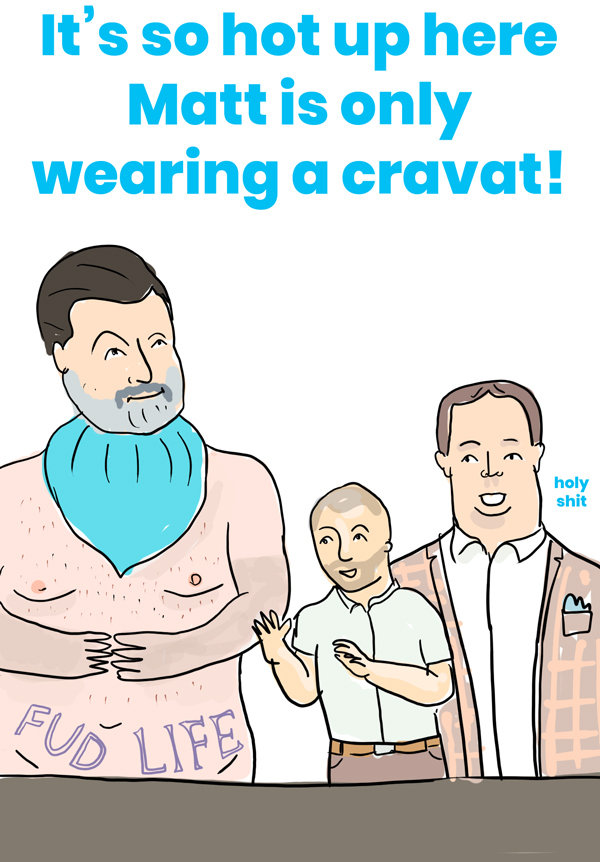 Ben's dish is good and Gary gets tetchy because someone hogged all the sauce. Sauce distribution normally goes:

and George dared to have 7%, leaving Gary with a paultry 83% of sauce. 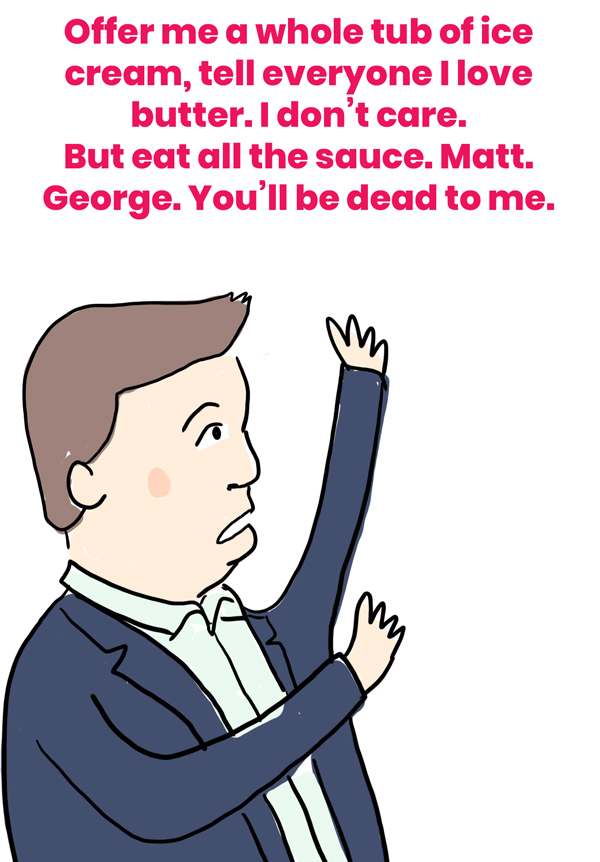 Brendan's fish is slightly under and Jess's pork belly chunks have not softened enough. 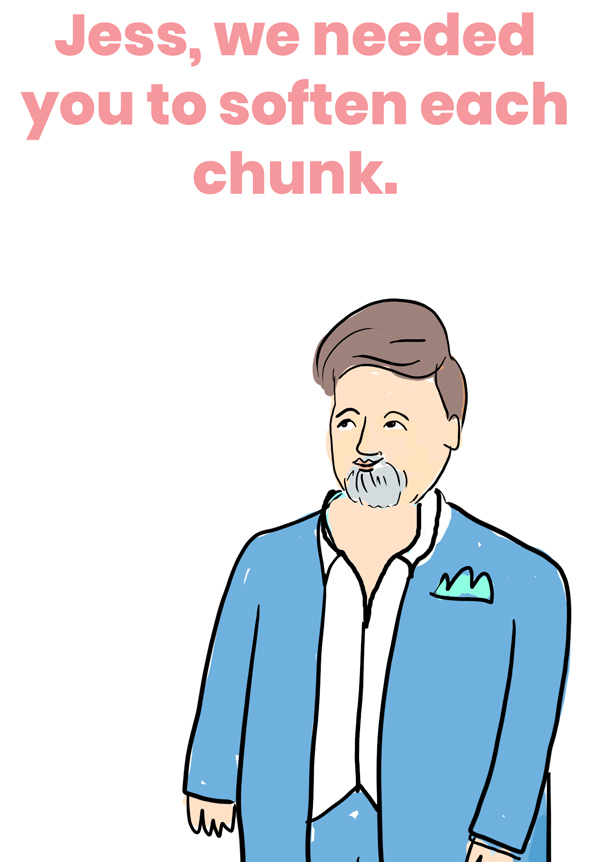 They decide the slightly under cooked fish is not good enough and boot Brendan from the competition again. The way Matt paused, I thought he was going to say "this is a non elimination leg of the race, you're safe" but he didn't. He said we need to ask you to leave Brendan. It felt cruel and heartbreaking.