Welcome to the Masterchef Australia Recap of Wednesday Night's team challenge. The night Meghan Markle's Father In Law came for canapes and George got excited because he not only does he wear suits, he also watches it. 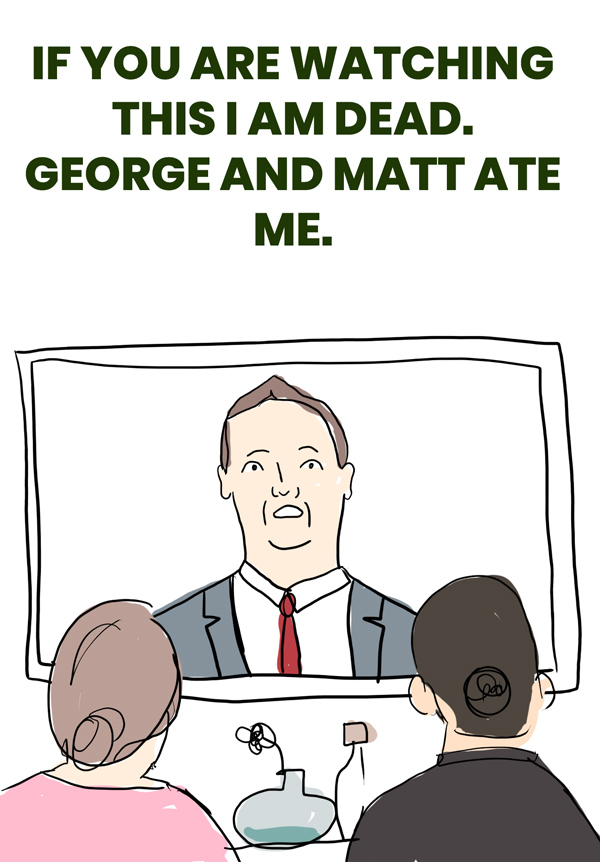 They wake up in the house and Gary is on the TV telling them things. He then has a chat to Camilla Parker Bowles who says she has tasted better roast chook than her own and that her grand kids love dead horse. 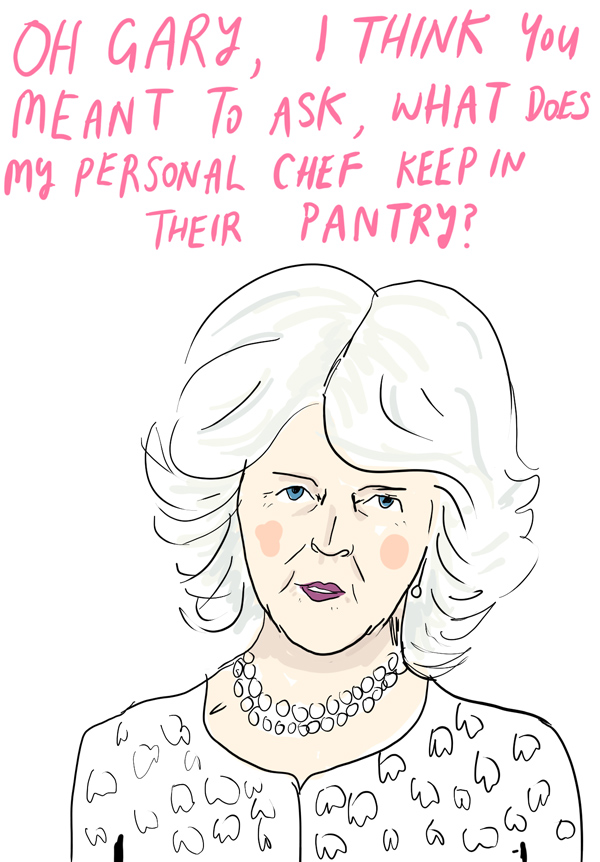 Gary is in Darwin and so is Camilla. The teams need to also get there. I assume they flew while I was drawing Camilla.


The contestants are split into three teams of three, the team colours are the inspired by the Union Jack 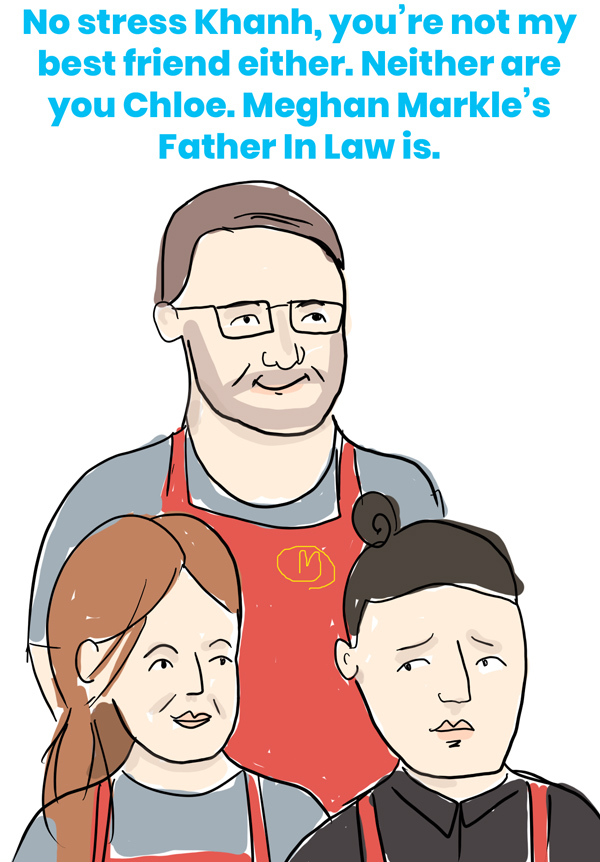 They need to cook a shit tonne of canapes for an event at the Royal Flying Doctors Service in Darwin.

Gary start explaining how colonialism works and why this is an important day.
George starts telling everyone what happens in Season 1 through 4 of Suits.
Matt starts explaining why it would have been inappropriate to wear pink today.

The judges say they are nervous and excited and SO SCARED. 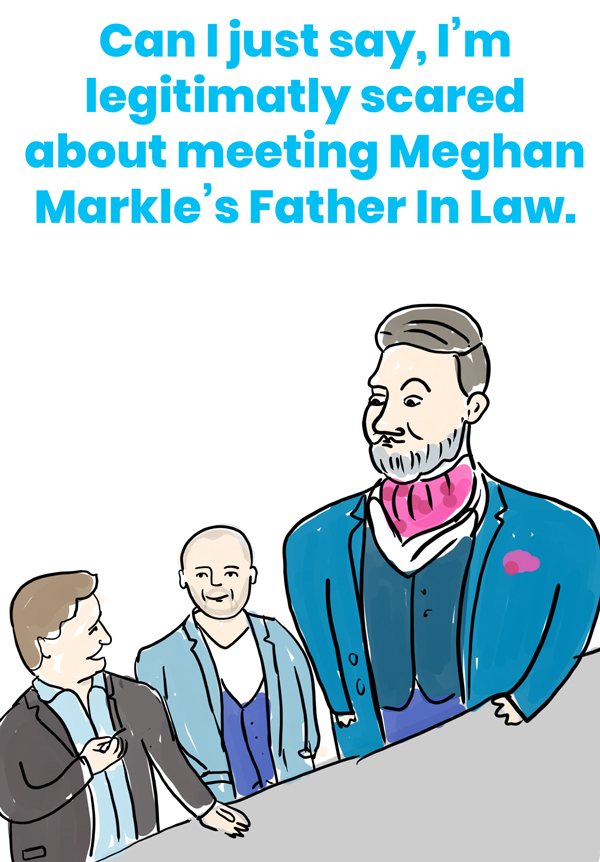 Despite not wanting the contestants to stuff up this important cook they make them prepare everything on a windy wharf with a storm approaching. 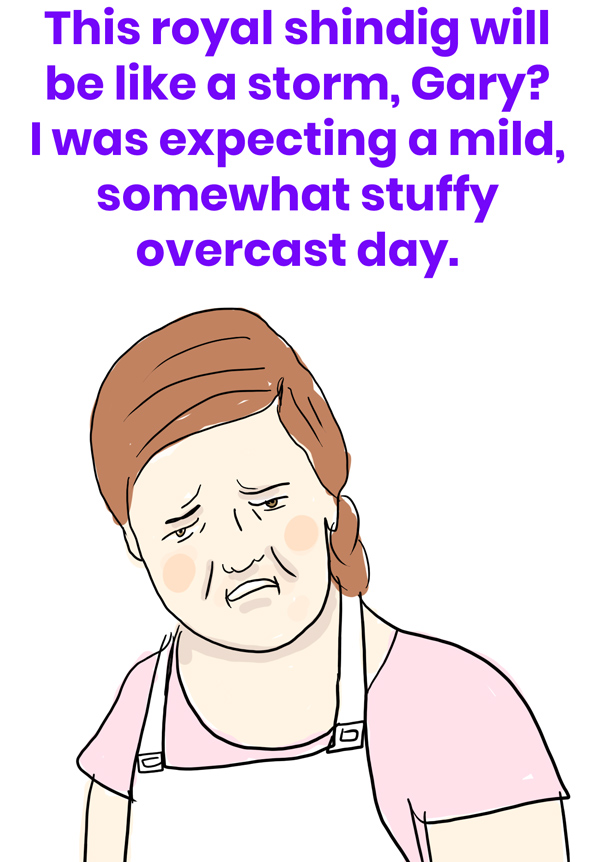 Everyone refers to Meghan Markle's Father In Law as "the future King of England" which is incorrect. 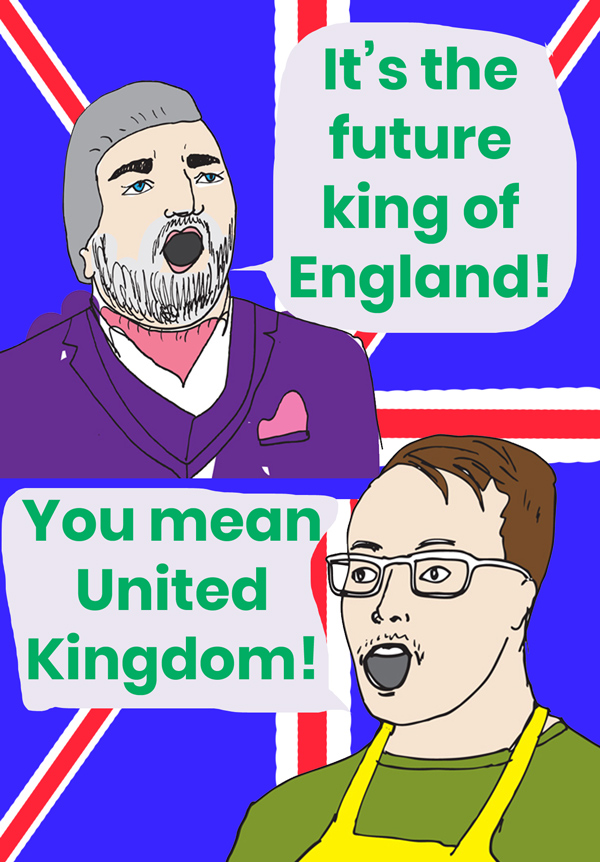 Jess has to make 4438 teeny tiny pastry cases and nobody wants to help her because that job looks boring. The judges ask if she cooked a tester and she said she wasn't allowed near the ovens because baguettes are cooking and they tell her screw the baguettes your test is very important because this pastry is too thin and you need to learn about your failures early. She cooks a tester and they are fine. 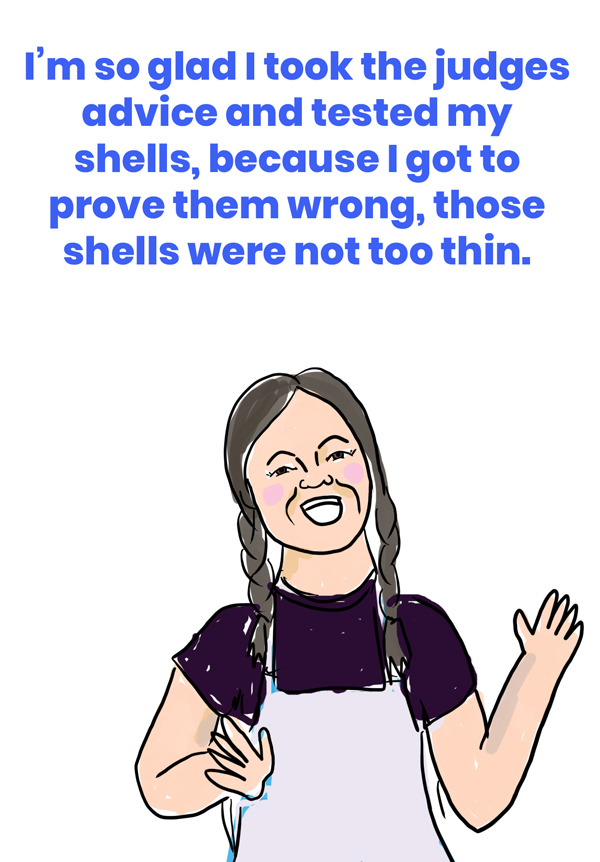 Everyone is racing and time is ticking and running and motor and what happened in episode 3 in season one of Suits?

The judges are acting like they need every little canape prepped before service starts but after service starts they are still prepping so what was the big deal? 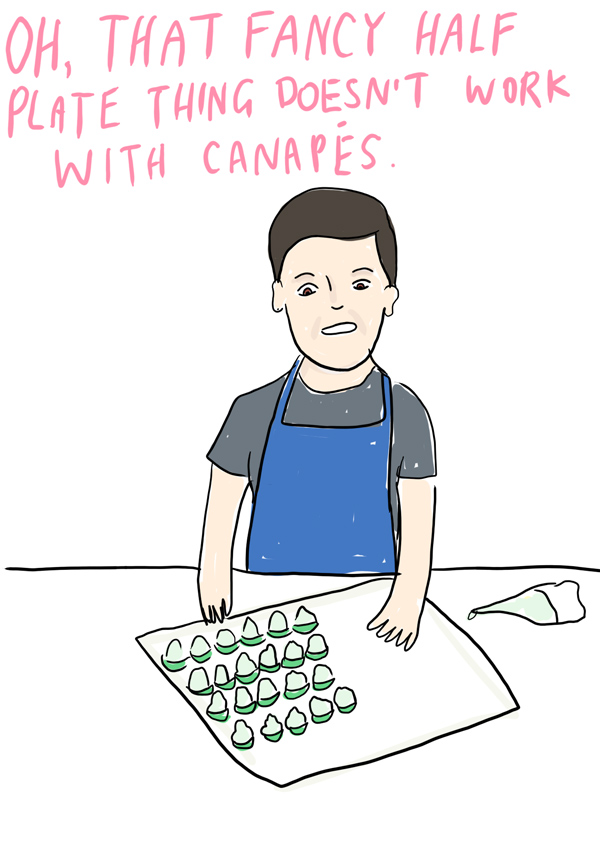 The judges taste the food and everything is amazing except the duck and the lamb that Jess and Sashi made, which are okay.

Then the judges get to meet Meghan Markle's Father In Law and it is a beautifully awkward televisual moment.

Firstly, Charles says patronising things about their show actually being popular.
"yes, Charles, it is in over 100 countries!"
He then tells them his wife adores the show. Not him. His wife. How lovely!

George looks SO excited about this whole exchange and Gary and Matt are levels of awestruck not even deep fried crunchy elements can create. 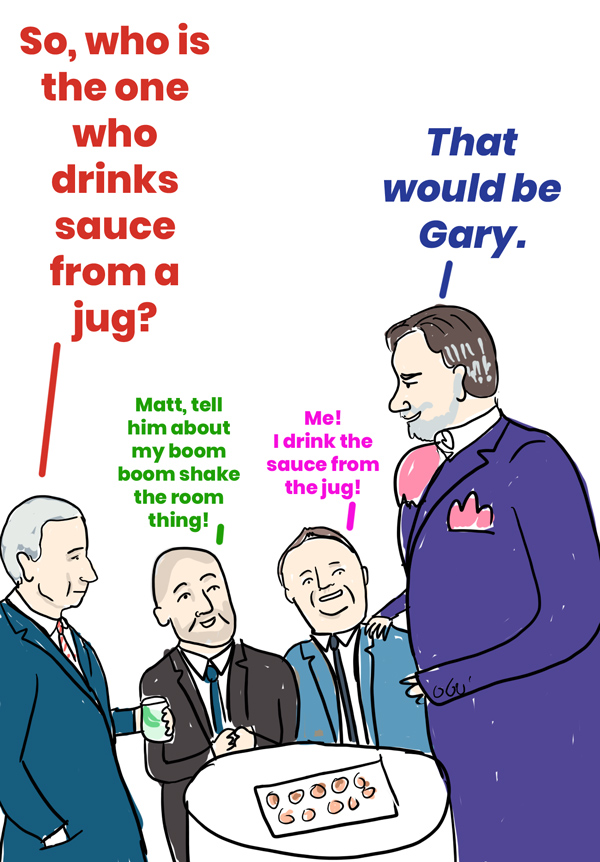