We Went To Sydney

Last week Gareth and I spend a few days up in Sydney. Leaving the warm hot embrace of Melbourne was a little sad as the weather reported Sydney would only be a measly 27 degrees. We arrived a few hours late due to someone removing an emergency sticker from the plane (nice souvenir??) and got to Potts Point hungry and scanning Twitter like crazy due to the resignation of the premier.

We had a pretty delish meal at an Italian place Gareth found, along with a nice bottle of plonk, hoping for an early night so we could get up and hit the beach. Not as early as I envisioned we got the train/bus to Bondi and spend an hour or so in the water with me splashing about saying it was the best thing ever. I have to admit I was a tad jealous looking around at all the houses and imagining living so close to such a lovely beach.

We then hit the Art Gallery of New South Wales, had a spot of lunch and soaked up the artwork. My two favourite artworks were Anish Kapoor's Void Field and Ugo Rondinone's if there were anywhere but desert. wednesday. It's funny when you look at art and think about your own personal criteria for making something 'good art' and to be honest there were other artworks I sound more aesthetically pleasing. These artworks where deemed my favourite purely for the affect it had on me and knowing I'll remember them for years to come. I think I spent a good few minute's looking at the Kapoor work trying to work out what the void was. The confusion coming from not knowing if it was pigment or if it was actually hollowed out. In the end we asked the security guard as I was too afraid to touch it. As for the clown artwork, I don't think I'm someone who is scared of clowns and compared to a Muick it wasn't that 'lifelike' but the sounds combined with the way it* was sat there I was seriously expecting it to come alive. 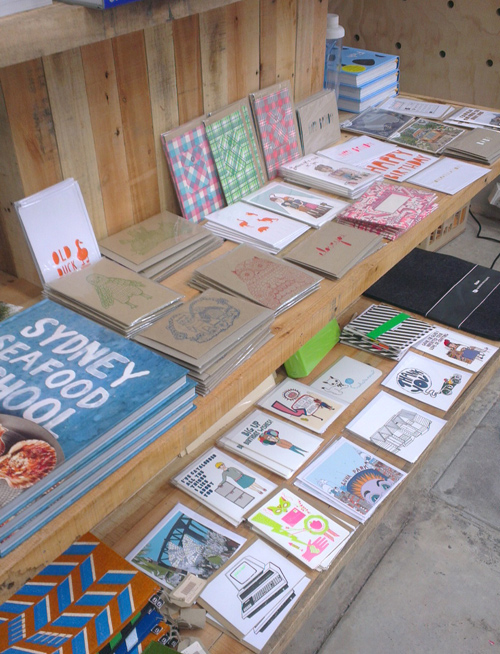 We also went to visit a few shops that we stock which is always a fun oh look it's our cards experience. One shop that was high on the list to visit was Koskela in Rosebery. I had been before but wanted to take Gareth and also try the Kitchen By Mike menu for lunch. We had a great time pottering around, eating and being inspired by all the amazing products and art they house. The space really does fall into the category of dream space you only imagine exists on pinterest. 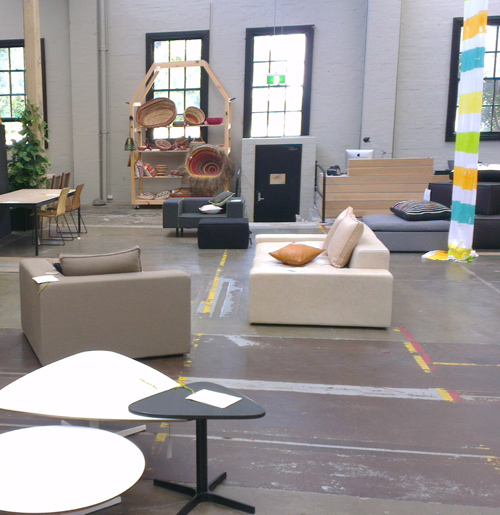 We had a lovely early dinner the day we flew out at Ms. G's and after naming the file below I wondered if it was a play on MSG? We got to the restaurant just as it opened and our Jerry Seinfeld parent-ness rewarded us with the best seat in the house overlooking the big bay window. The food was pretty good although we sadly didn't try the dessert called Stoner's Delight. 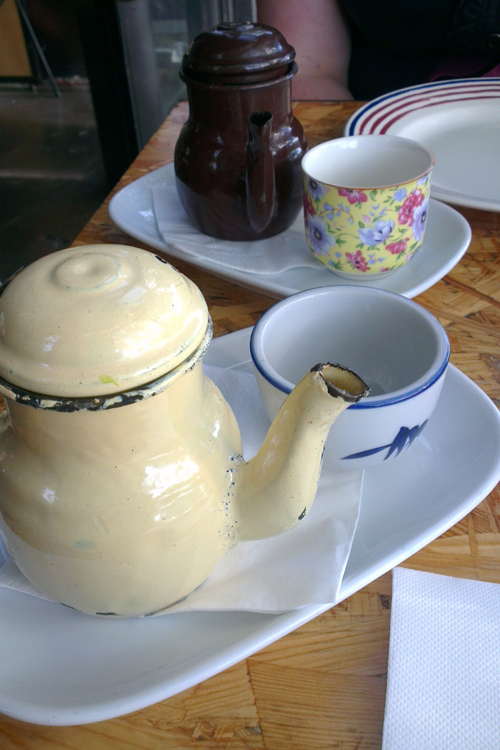 Now you may be wondering why we were in Sydney? Although we did do a bunch of work stuff it was also my birthday. Yay happy birthday me. I'm now heading into the prestigious mid thirties section of my life. A time everyone aged between 19 and 29 only dreams about. Well guess what young people, it is totally AMAZEBALLS! We also happened to discover our friends from Jubly-Umph were also in town and had a night of drinking and Mexican food (not the trendy kind) to celebrate. We even saw a cat on our walk to the gallery, so all in all it was a good way to say hello 33. 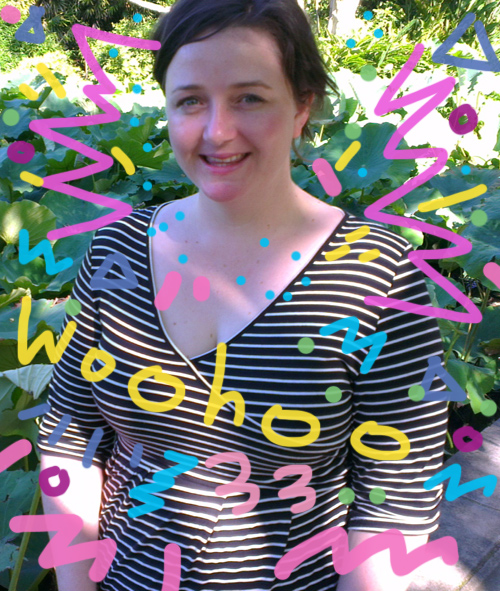