What We Have Been Reading 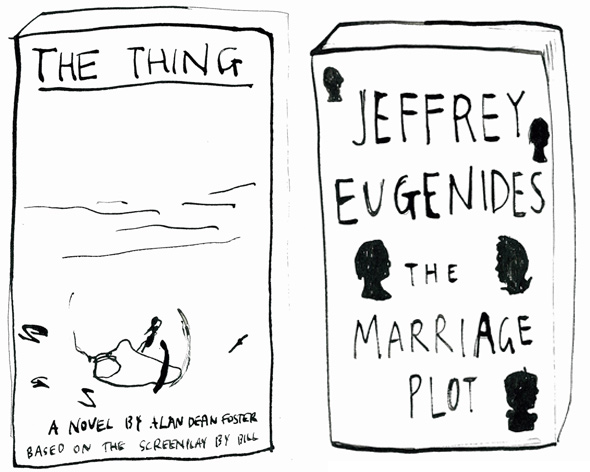 I just, as in on Friday night, finished reading The Marriage Plot. I didn't know Eugenides also wrote The Virgin Suicides until I saw the cover, but I've heard a few people talk about Middlesex over the years (I got it mixed up with Middlemarch once when chatting to someone about it, whoops). I enjoyed the book and I think it had some interesting insights into people, men and mental illness.

Based on the cover Gareth thinks it is about: A man decides to open up a banana factory in the town of Marriage with his good friend Plot.

Gareth read The Thing a few months back, a very hard to find novel based on the film (they write those?). He said it was more faithful to an early draft of the screen play so it was a bit different to the film.

Based on the cover Anna thinks it is about: A blow by blow account of the film The Thing.